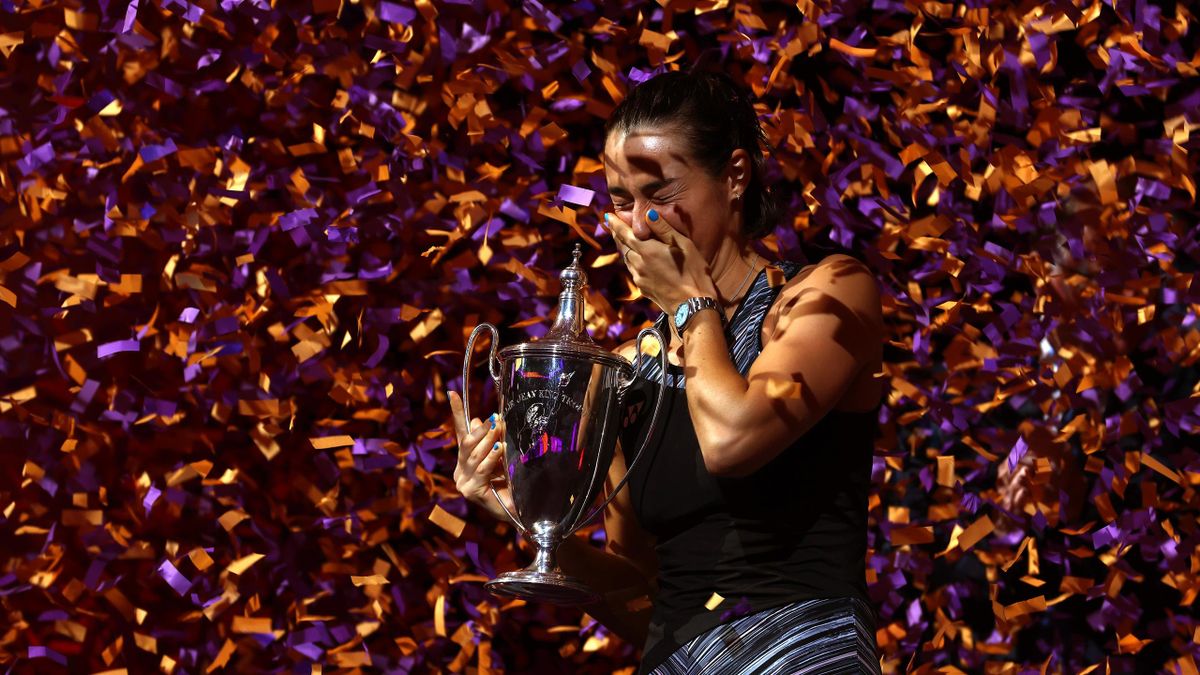 Caroline Garcia was ranked outside the top 70 in June, but a remarkable run her reach the season-ending WTA Finals tournament helped in Fort Worth, Texas. Now she is the WTA Finals champion, beating No. 7 seed Aryna Sabalenka 7-6(4) 6-4 in the final on Monday night, and reveling in what the French 29-year-old calls the “biggest title” of her career so far.

“Definitely a lot of giant happiness” is how the 29-year-old described her emotions after overcoming Sabalenka in straight sets – taking the first set in a tie break, then breaking her opponent in the opening game of the second set.

The victory sees Garcia become the second French player to win the WTA Tour’s season-ending tournament after Amelie Mauresmo in 2005.

It’s the biggest title any French player has won in nine years, woman or man. The last time a French player won a Grand Slam or a season-ending championships (WTA Finals or ATP Finals) was at Wimbledon in 2013, where Marion Bartoli lifted the women’s title.

“It was a great match, I really went for it. I’m really happy to win my biggest title.”

Holger Rune extended a remarkable breakout 2022 season with a 3-6 6-3 7-5 victory over Novak Djokovic in Paris which handed him his maiden Paris Masters title. 19-year-old Rune had already been identified as one the sport’s rising stars, and his victory over Djokovic will do nothing to slow that burgeoning reputation. It was a dogged, never-say-die performance, culminating in an epic final game.

Rune, who beat four other top-10 players in Hubert Hurkacz, Andrey Rublev, Carlos Alcaraz and Felix Auger-Aliassime en route to the final, will become the first Danish player ranked in the top 10 in almost half-a-century.

19-year-old Rune outlasted the wily Djokovic in a match that lasted 153 minutes in Paris to seal his third title in what has been a breakout year.

Rune was initially visibly tentative compared to the way he had been playing all week, perhaps due to the inevitable nerves that come from playing in a maiden Masters 1000 final.

“I’m not happy that you beat me, but on the other hand I’m happy for you because I like your personality, you’re a very dedicated guy who loves tennis,” Djokovic said with a smile at the trophy presentation.

The 2022 Nitto ATP Finals will be held from 13-20 November. The indoor hard-court event, established in 1970, will take place at the Pala Alpitour in Turin.